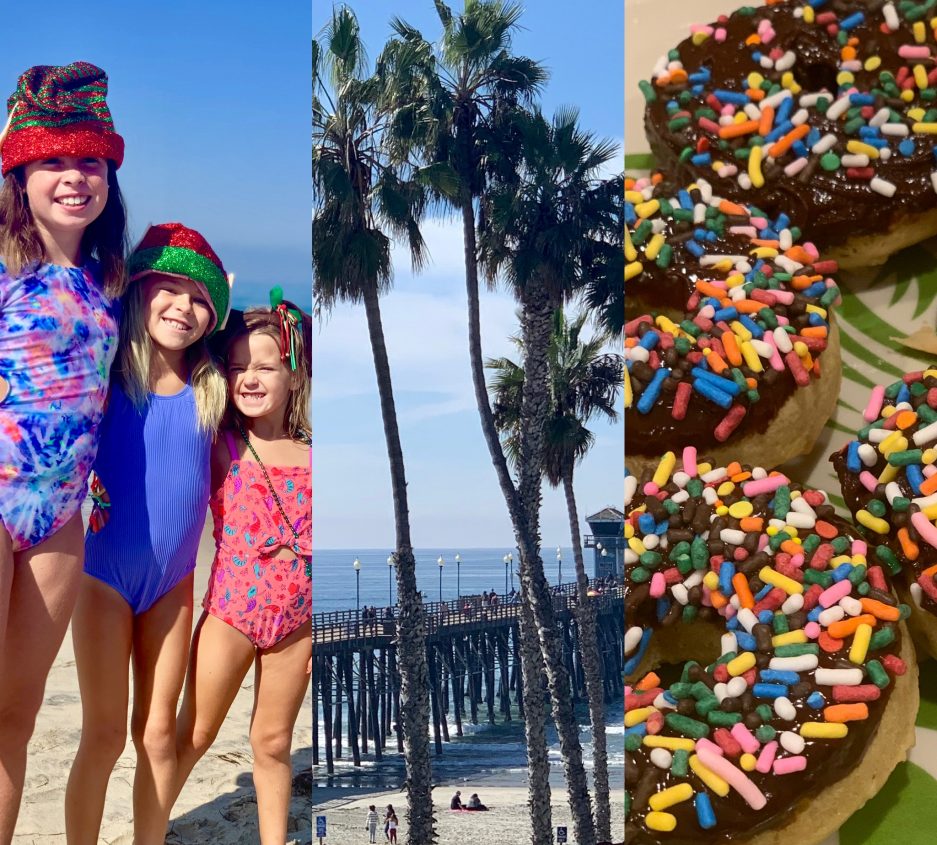 This was our first Christmas away from our kids which is in part why we decided to get away. I couldn’t imagine just sitting in our living room without them. We woke up a tad gamey on Christmas morning, luckily we had a special in room mimosa breakfast ordered for 8:30. Then we planned our attack to hit up Isla Mujeres. We went back and forth with just hopping on a Catamaran right outside our hotel to cut out the trip off of  the resort grounds and down into town to catch the Ferry. Buuuut, we weren’t keen on being on someone else’s schedule and having them choose where we were going to have lunch. In the end we decided to just do it ourselves. We hopped in a cab and jumped on the ferry. 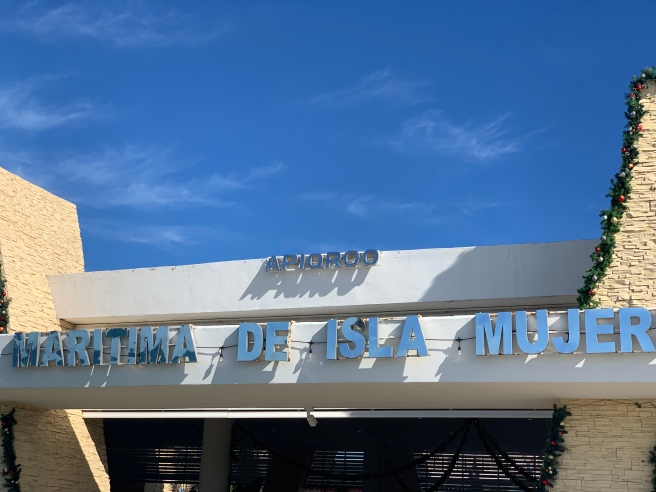 Once we were off the ferry they had people renting golf carts. We quickly grabbed one and within minutes we were in ours heading south down the island. Only 7 km long, its an easy trip around the island. Our friend at the resort told us to go to The Joint, a bar that someone he knows, knows someone else that might work there. Or so that is how the story went. About ten minutes into our cruise we unexpectedly and surprisingly ran straight into…. 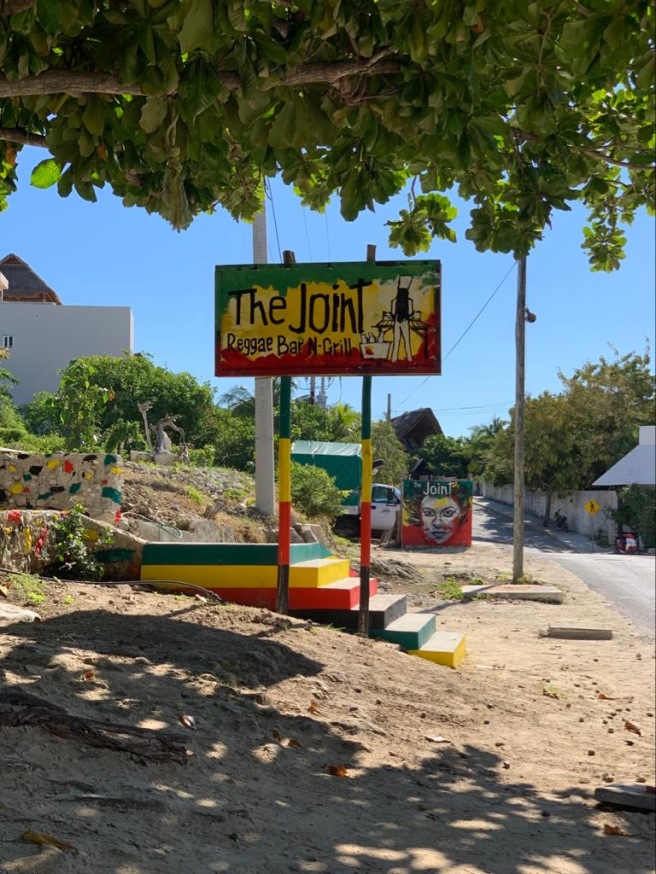 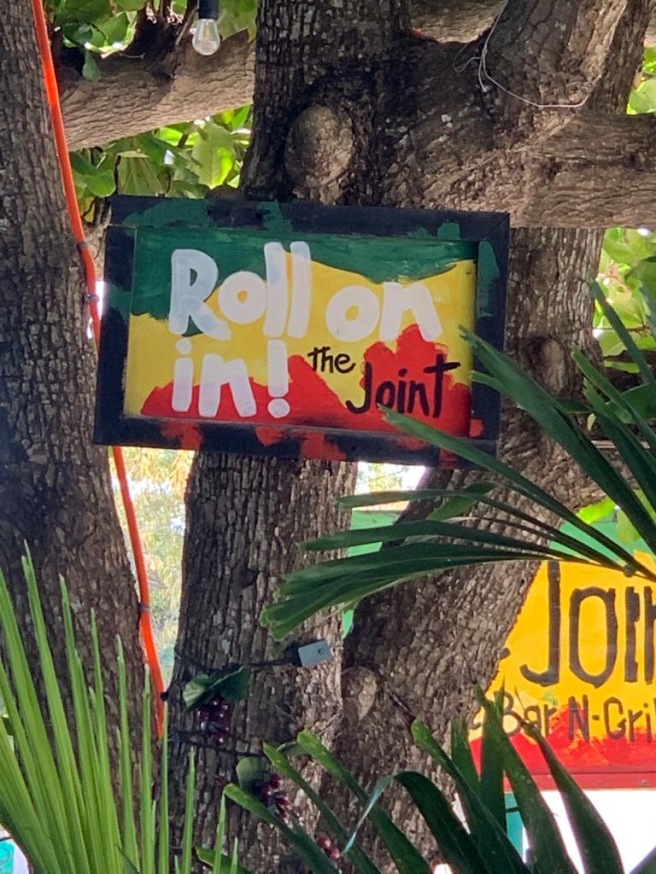 That was some luck. We parked and went up to this outdoor bar. There were a couple guys playing some Sublime and a local bar dog. Shawna ordered a mango margarita and I ordered the best espresso martini of the entire trip, you guys it was so good. So good in fact that I ordered another to go. It’s legal there, well I assume it was since the bartender put it in a to-go cup for me. 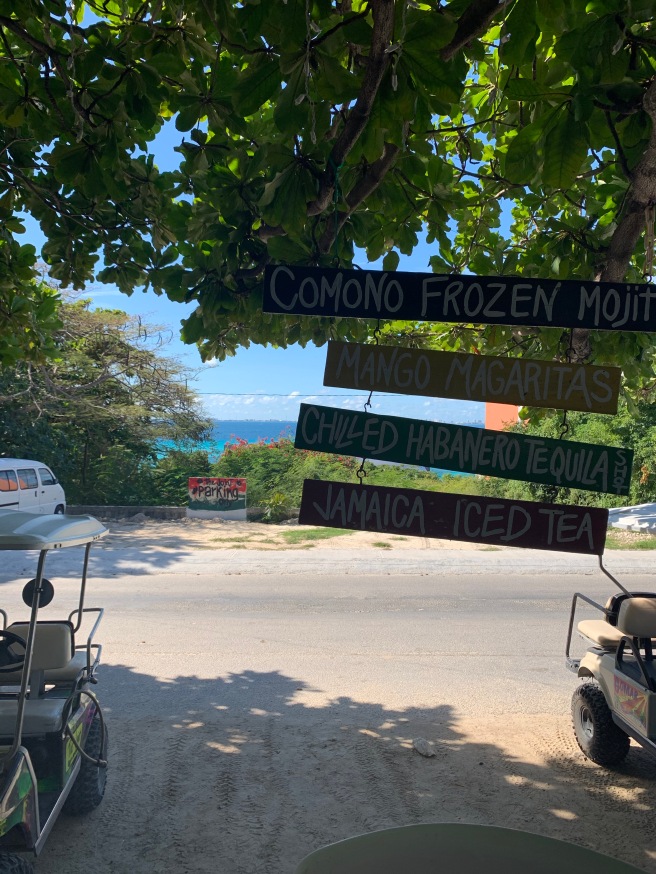 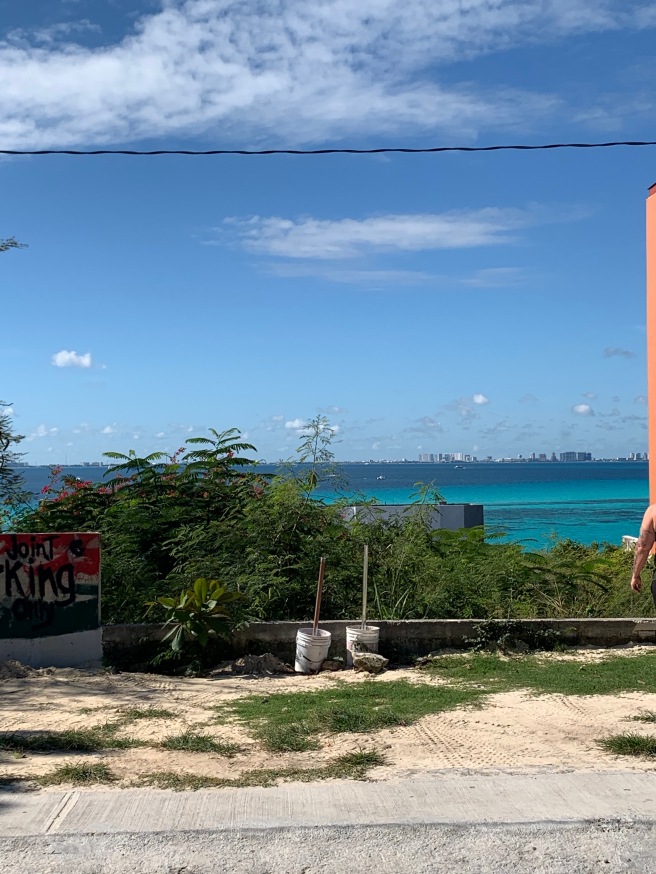 Not a terrible view to sit with a bevi. 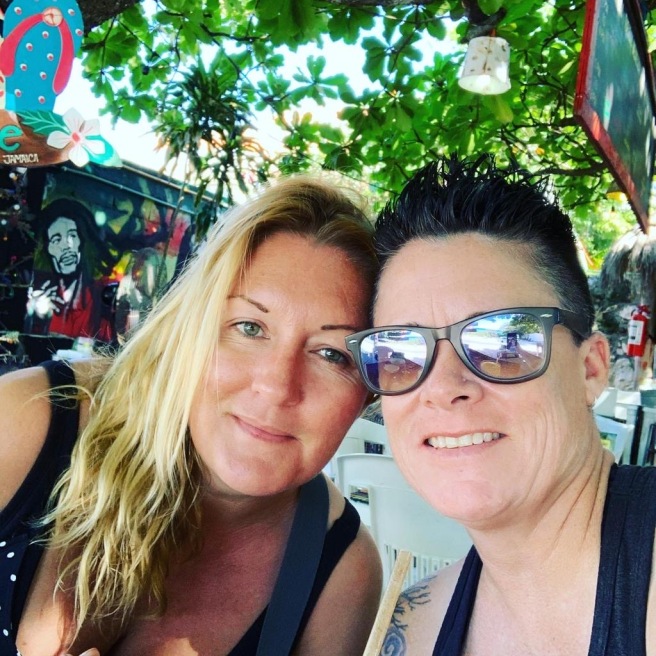 Once back in our cart we continued around the island. It’s just beautiful. 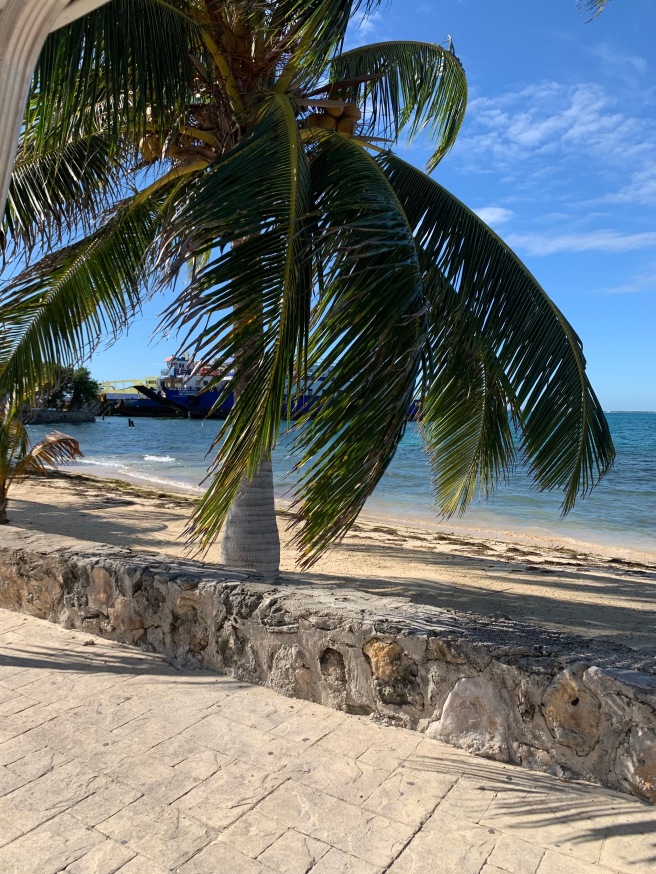 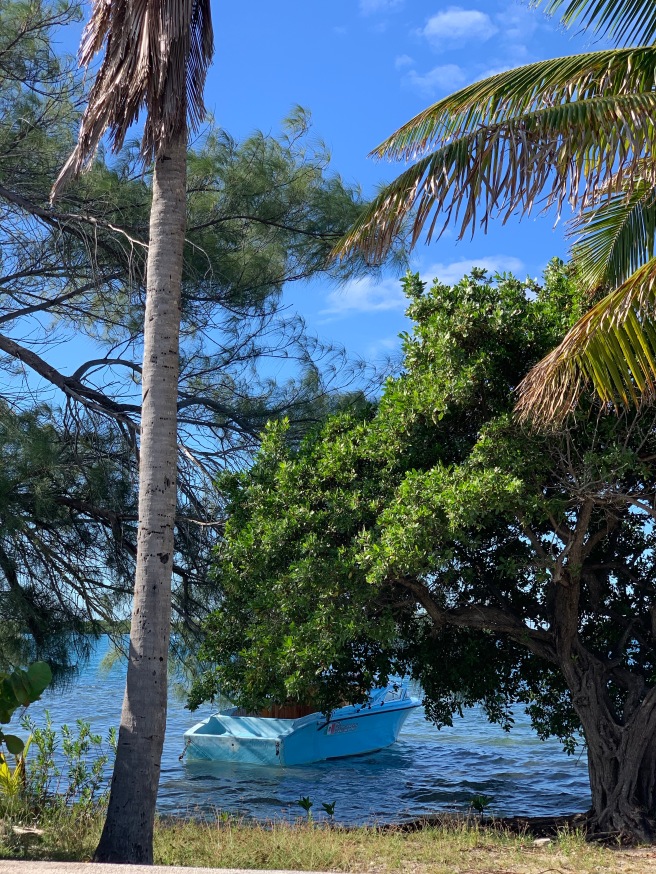 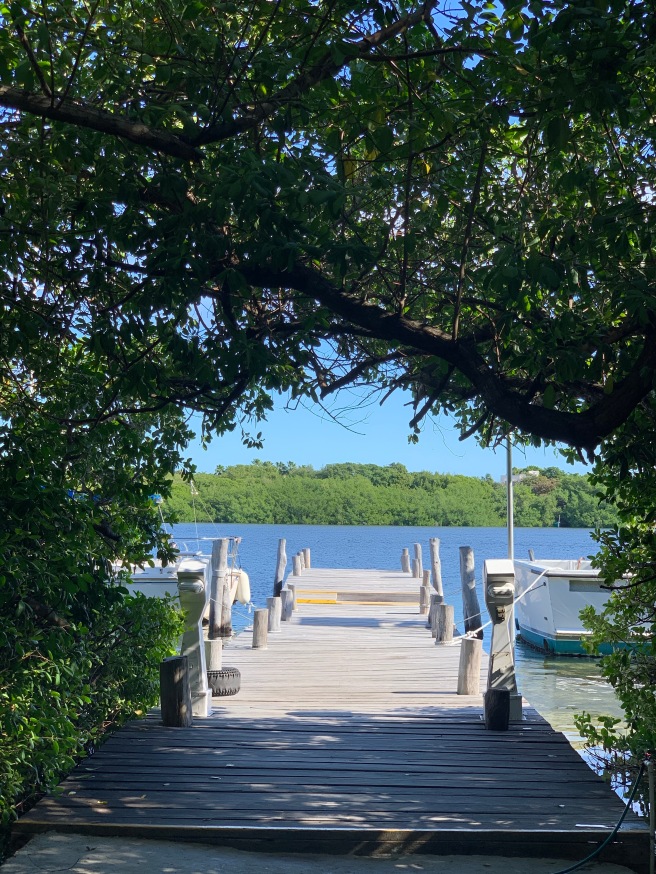 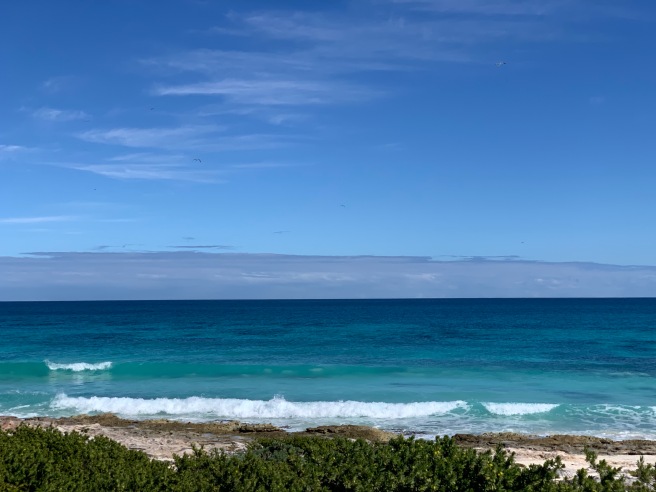 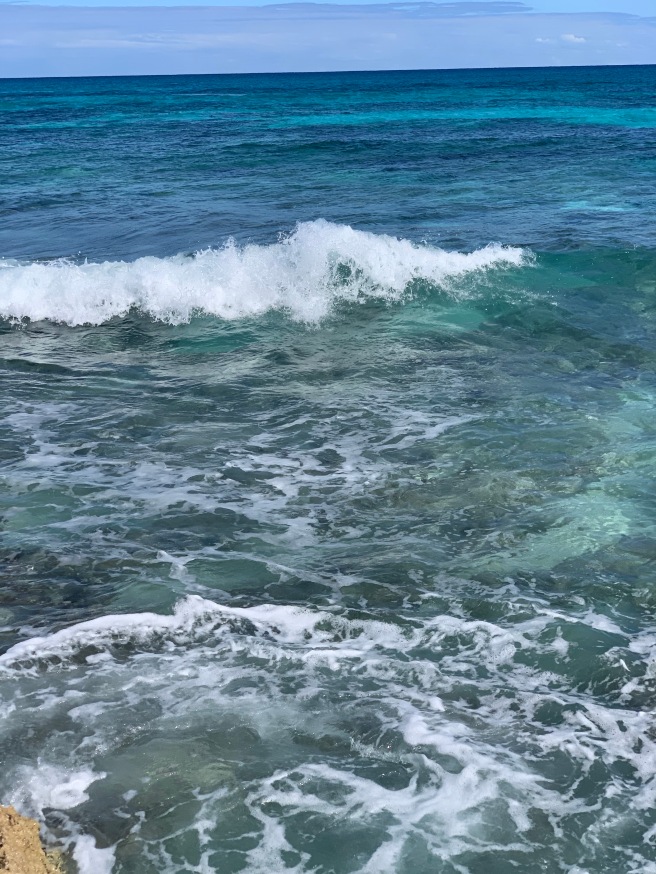 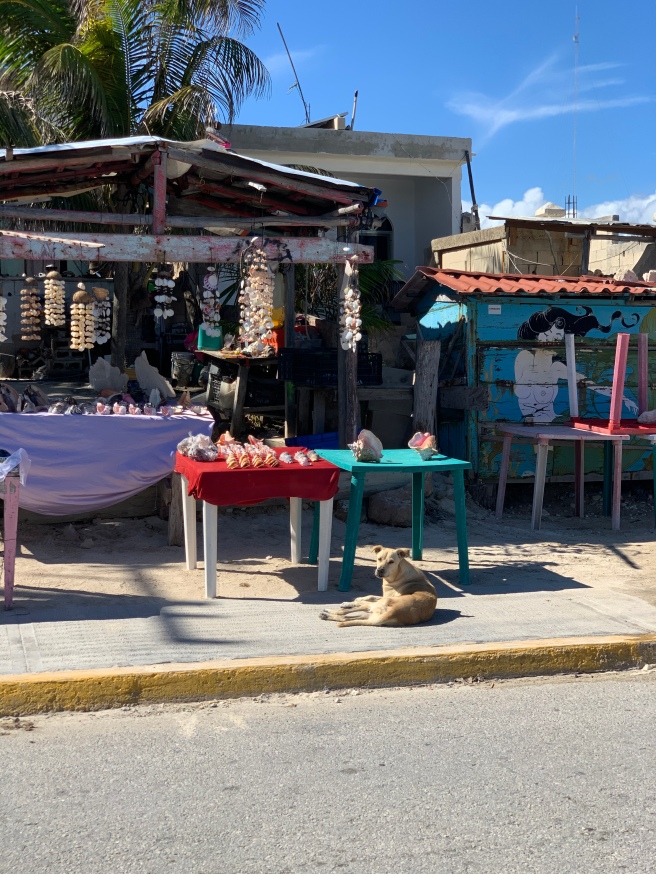 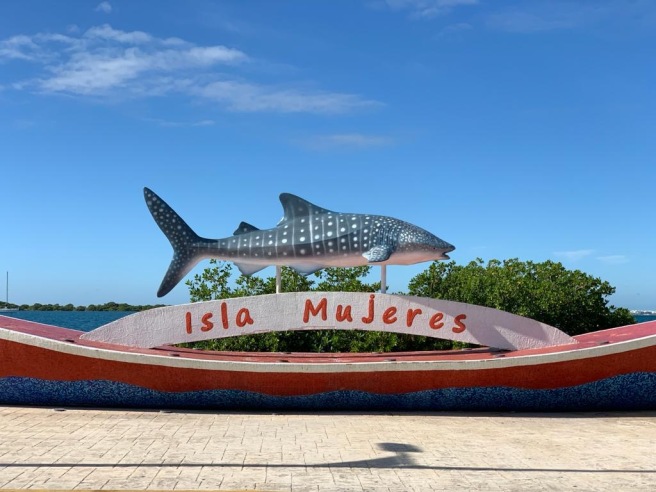 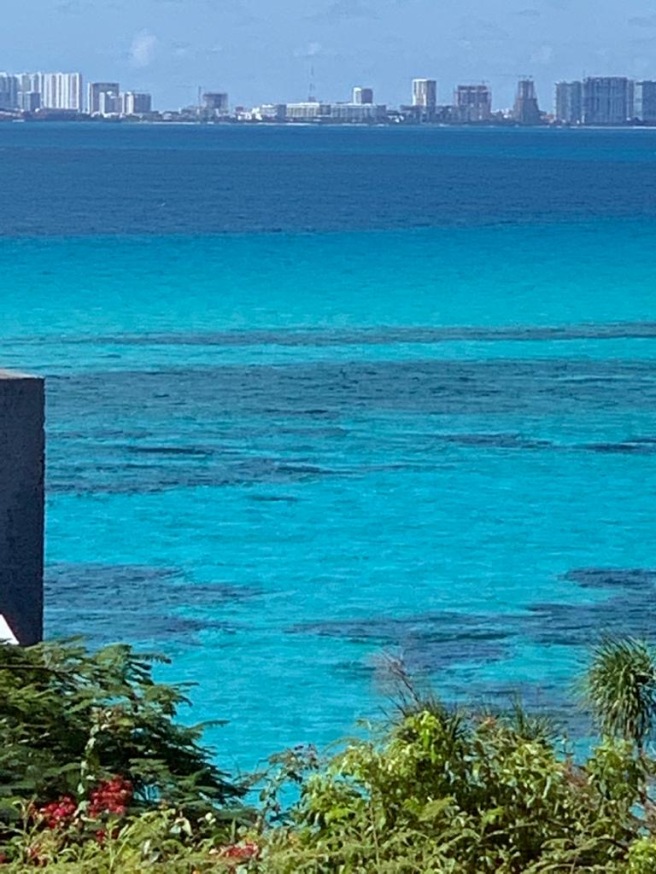 We stopped every so often to walk down the the water and then I was able to get some cell service so we stopped at a cemetery and I called my girls to wish them a merry Christmas. 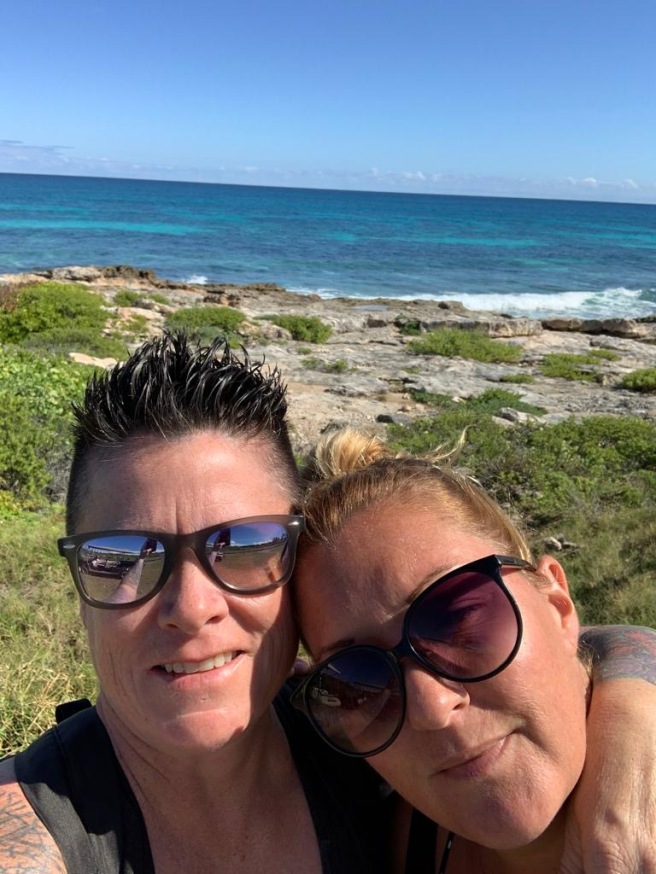 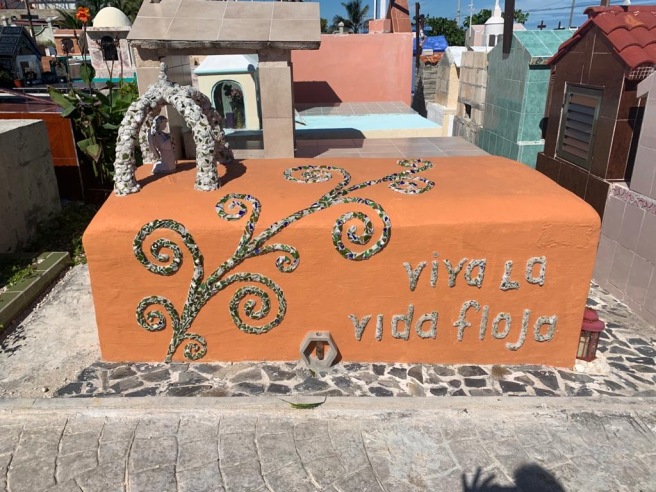 Once we made it around the island we parked near Playa Norte. This is where there were restaurants and the beaches had chairs to rent. We had a pretty good lunch on the beach and I was very confident that it was el fin of tequila for me on this trip. 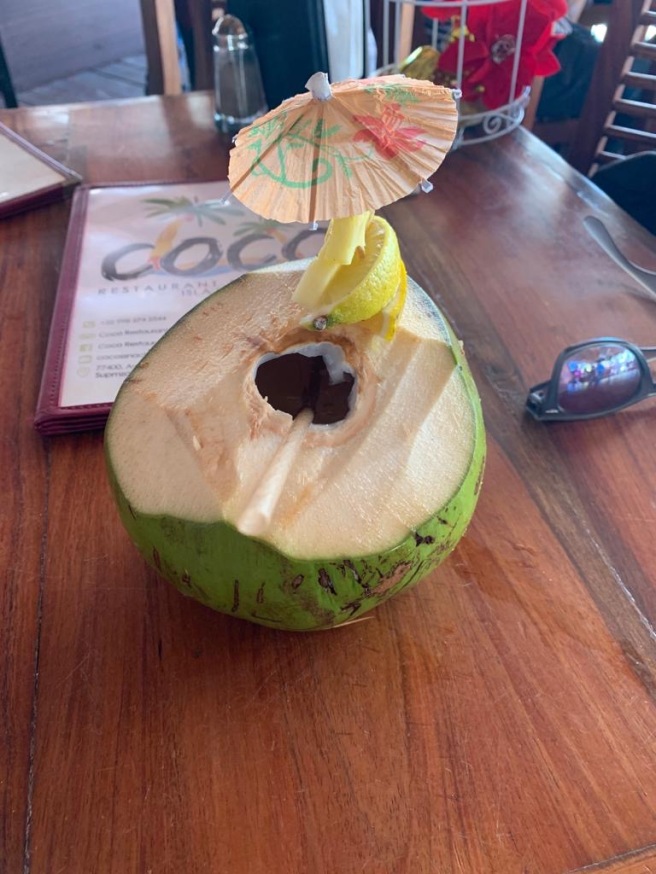 After lunch we walked up the beach until we reached some open beach chairs. We plopped down, set our alarm and here is the best part. Fell asleep. 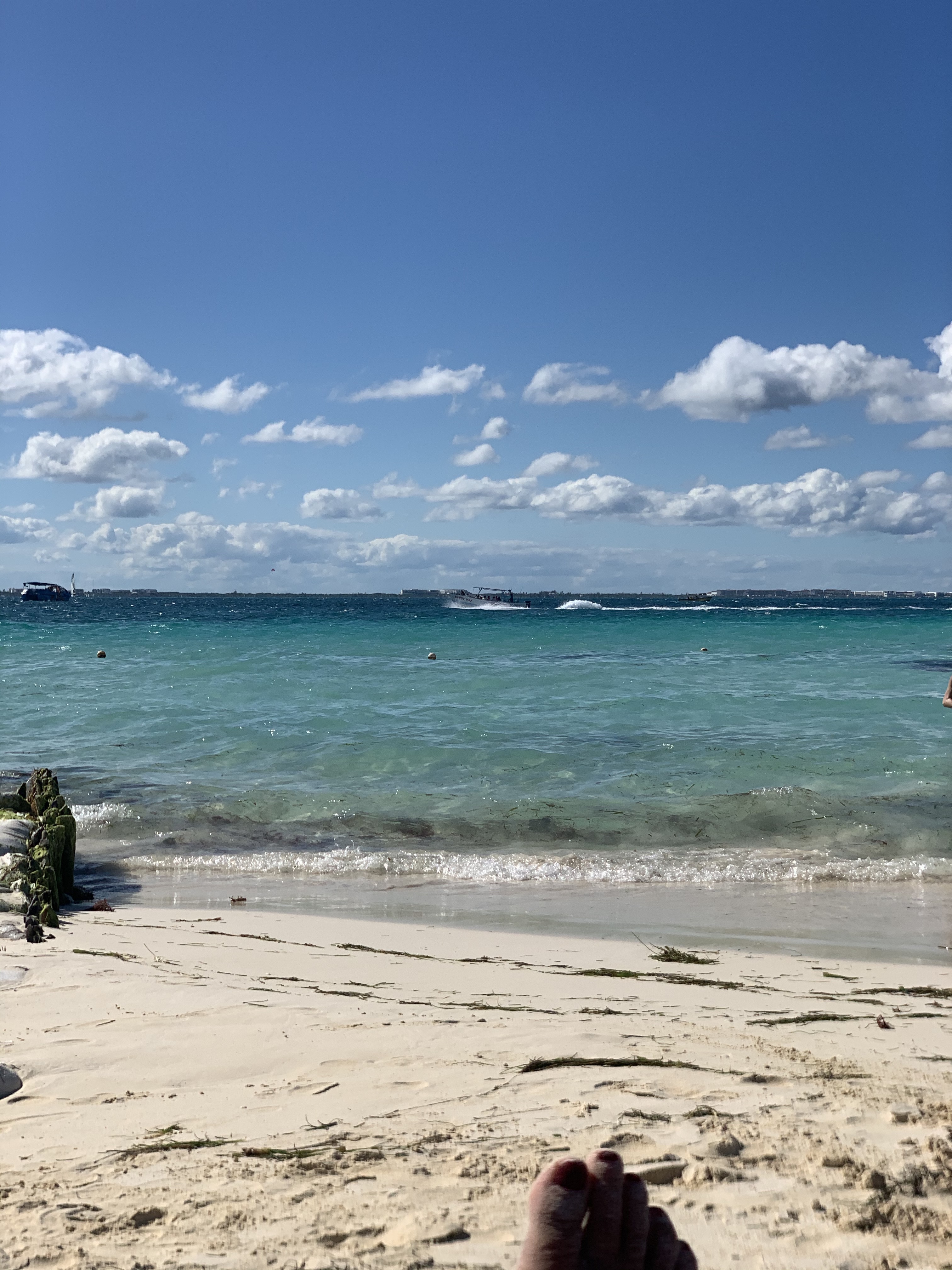 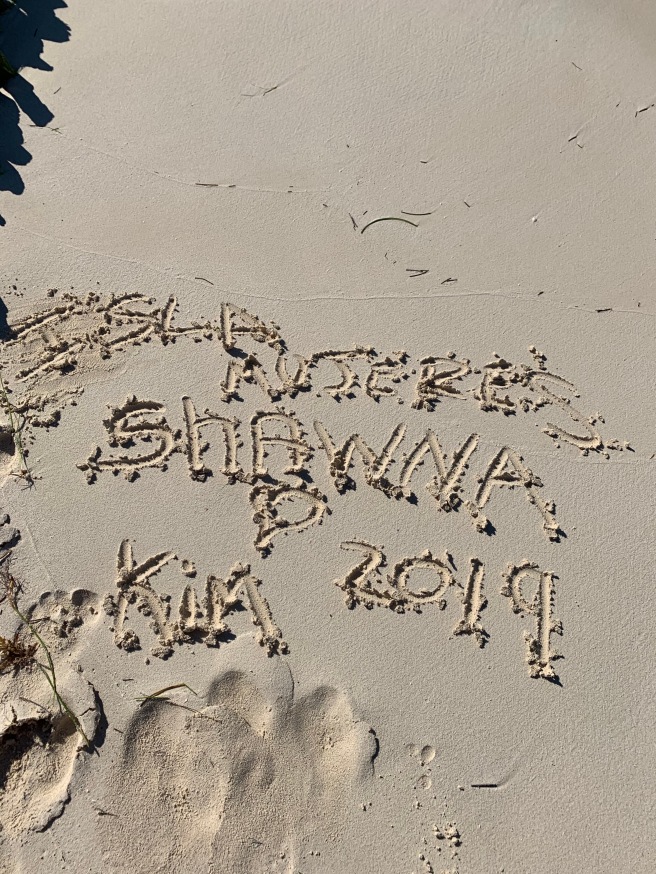 We woke to the alarm and headed back to the mainland with plans of playing pool volleyball. But once we were back we ended up skipping it and just sat in the jacuzzi chatting with people.

For dinner we got all fancied up and went for one last Italian meal. Their garlic cream soup was so incredible you could bathe in it. I will see if I can recreate now that we are home. They had a Christmas show that night, once that was over I was beat. 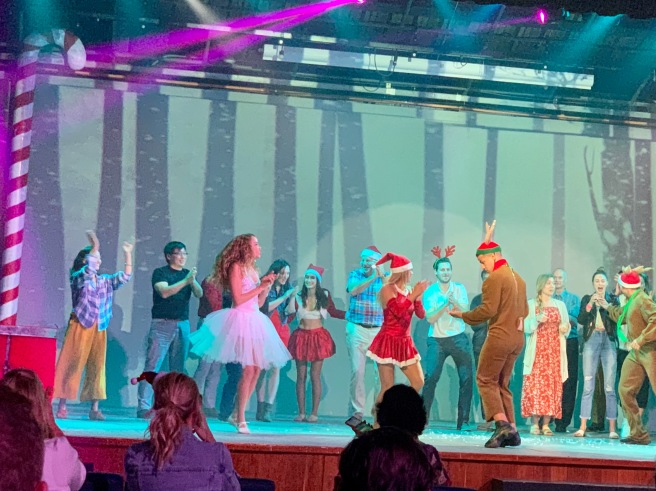 We woke up on our last day to rain. Once we were all packed we went down to the cafe for breakfast. Our flight wasn’t until later that day so were able to spend a little more time with friends at the pool until it was time to say our goodbyes. The trip home was a piece of cake and we were back in our own bed by midnight. It was a really good trip, just long enough. If we decided to do another all inclusive I would focus more on going where the food and wine is a bit better. But It’s going to be hard to go back to a hotel that isn’t all inclusive, that is definitely the way to go.