The alarm was set for 3:40 AM but I was awake long before wondering if I should just get up or enjoy the quiet. Early morning travel isn’t the same with kids. Averi started moving around not long after, that was my excuse to hop out of bed and watch the Voice finale I had recorded.

We were out of the house before 4:30 and on our way to the airport in the pouring rain. Kaili was overly excited for our trip to Walla Walla, she was asking a question a second, her mouth couldn’t keep up with her brain. “SHHH, Kaili, do you see the moon?”

Leaving San Diego was a breeze, the kids were angels. The flight seemed a little long to me, holding a baby in those seats for hours is exhausting. She slept most of the time while Kaili watched Peppa Pig on the iPad. 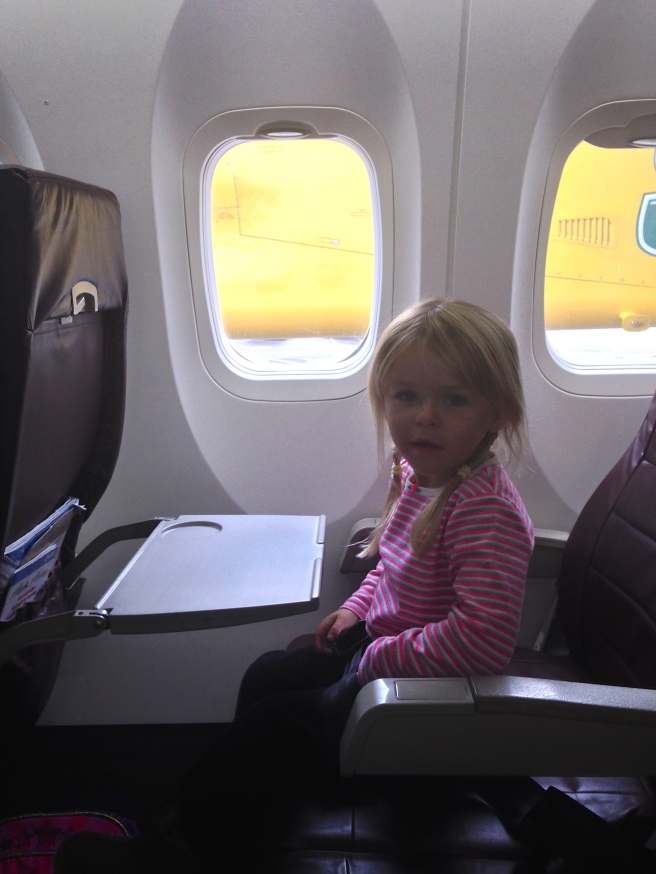 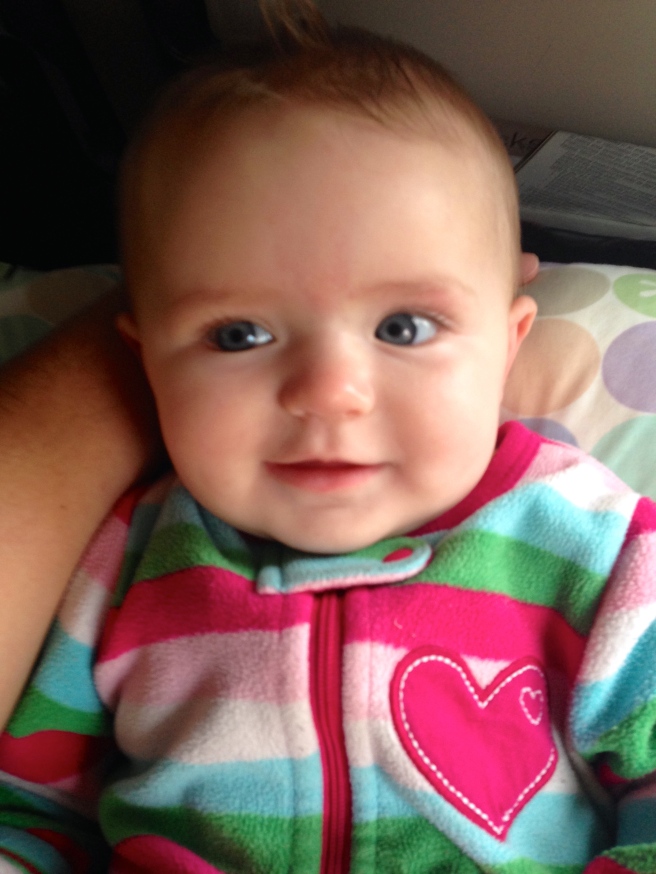 We had a 3 hour layover in Seattle, which seems like a really long time but it actually flew by. After a mediocre lunch we situated ourselves in the kids play area so Kaili could let out some energy. I didn’t know these kid’s places existed but it’s terribly brilliant. A designated room for kids to climb and run around in between flights, I mean what’s not to love? Actually I will tell you what’s not to love, the parents who let their 8 year olds tear through the place as they merely tackle the toddler who waddles in front of them. As I voiced my opinion on how I would never be that mom, a woman behind me said “well if you just had the flight we had, you might change your mind.” Um, no lady. At that moment I was ready to rip apart any parent who’s child knocked into Kaili. I may have been a little cranky. Kaili escaped unscathed and we headed back to our terminal for the last leg of the trip.

By this time, we were all feeling the early wake up, Kaili’s cold was kicked up a notch and even the flight attendant was in a pissy mood.. The flight to Walla Walla from Seattle is a skip and a hop, with a smaller plane, 4 seat rows and one bathroom with no changing table. We were the first ones on the plane and as I sat semi squished to the lady next to me and Averi on my lap, the doors closed but half of the seats were empty. The lady behind me and I were already planning which seat we were moving to. The empty row in front of Shane and Kaili would be perfect for me, I could give her a bottle AND change her diaper. The flight attendant came around and I asked her if I could move, she says ” No, we are going to keep everyone in their assigned seats, it makes our job easier.” I shit you not. I pleaded my case…”but baby here needs a bottle and it would be SOO much easier….” She agreed to let me move but she sure wasn’t happy about it, so that set the tone for the flight. Luckily Horizon Airlines earns back some customers appreciation with a complimentary beer or wine, because I came > – < close to hash tagging the shit out of them on Twitter and Instagram. ( oooooh, she went there!)

Before Averi was done with her white, and me with mine, we were descending into the land of nothing, Walla Walla. 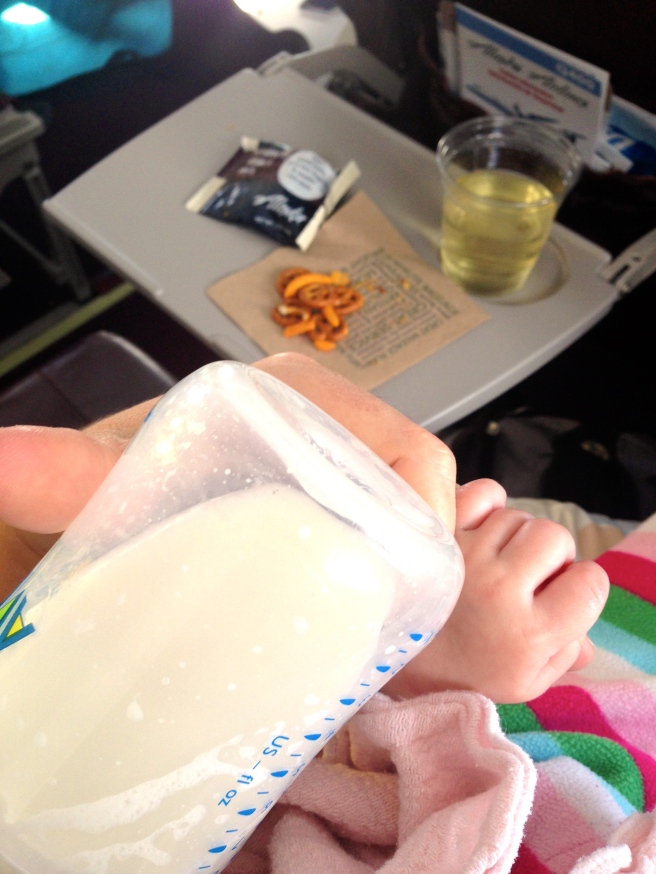 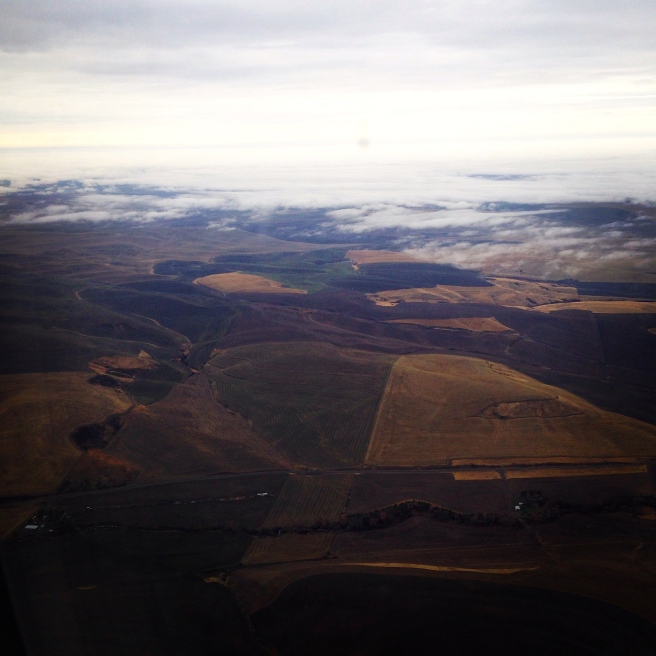