I decided Easter was a perfect day for me to try my hand at making a pot pie. I told Shane that it will be our Easter tradition. Something the girls can complain about years down the road, having to eat moms chicken pot pie…again. I think that sounds like a great tradition.

I decided they would be indivual per Shane’s request and that I would not make the pie crust from scratch, at least this time because duh. I decided on this Ina Gartens recipe but I did a double crust. The filling was so good it could be eaten on its own so I knew adding pastry was going to make this dish extra ordinary…and it was.

I only made a few pies so I had quite a bit of filling left and now it’s in the freezer for the next time I want to make one. The store bought pie crust was pretty good, it was no homemade but the easy factor was worth it! 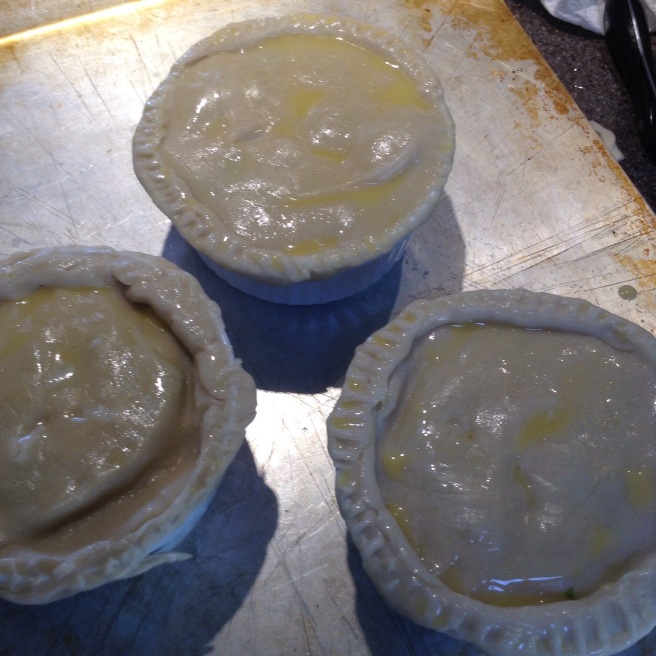