The week before Christmas we took advantage of some of Shane’s Hilton points and booked a hotel in Santa Monica. We stayed just a few blocks from the pier and near all the shopping and restaurants which we didn’t take much advantage of…because kids.

We started off by stopping in Venice for lunch and a walk along the canals, something I have never done. If I could give up a backyard I would love to live in Venice, some of those houses are amazing. After our first stroll down one of the canals we passed Maura Tierney. (actress in The Affair, one my favorite shows)

We spent the rest of the day walking around Santa Monica, ending at the Pier for an ice cream and a glass of wine but the cold weather and a cranky toddler drove us back the hotel before dinner.We couldn’t bring ourselves to try and go out for dinner with the kids on a Friday night so we ordered room service and hung out in our room.

We all slept in the same room which wasn’t too terrible but Averi is a very noisy sleeper and she did a lot of whining in her sleep which kept me awake and eventually woke up Kaili before the sun. After breakfast we went to the LA farmers market. Full from breakfast we were so bummed we couldn’t try all the amazing food, lesson learned. We browsed all the booths and stores, stopping for espresso and hot chocolate. I couldn’t leave without trying a beignet, warm and delicious, I really was regretting breakfast. 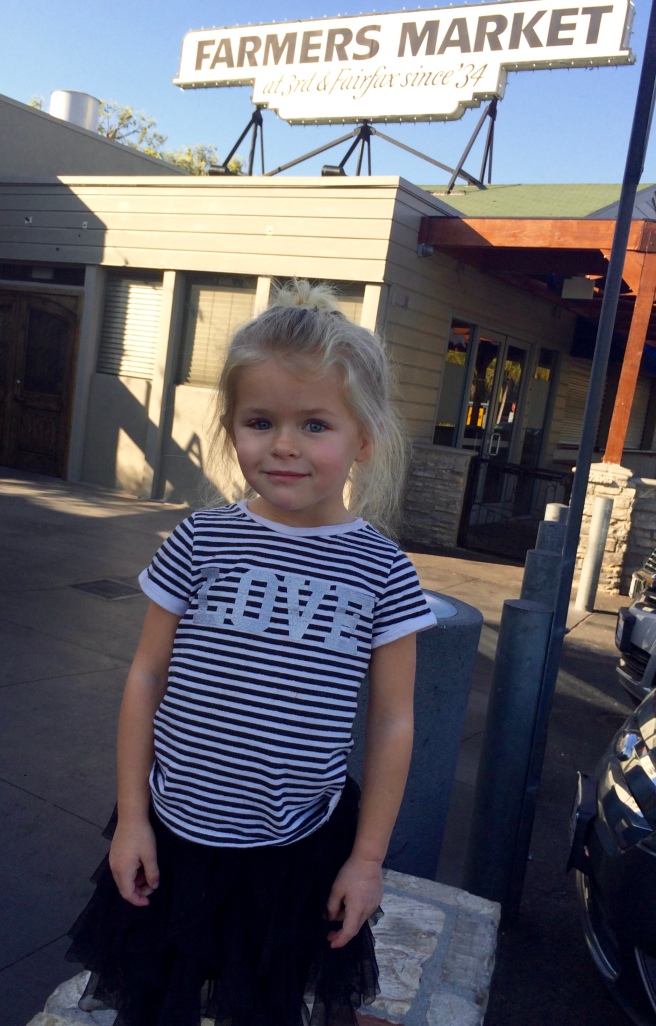 I thought Kaili might combust if we didn’t get her down the the Pier fast enough, she had been talking about it since she woke up. She got to go on all the kiddy rides and then three adult rides with me. After the little rides weren’t doing it for her anymore she told me she wanted to go on the Dragon swing. This wasn’t a small  swing either, this was the real deal. I was always a fan of scary rides but this one ride always scared me because you aren’t strapped in and I always lifted out of my seat a bit. So when she said she wanted to go on it, I hesitated and then asked her repeatedly while in line if she was sure…She was. We sat in the middle row to be on the safe side but it probably didn’t matter if we were on the very end, she had the biggest smile even when I was a little freaked out. The girl needs to get taller so she can go on all of the rides.

As the kids were dining on corn dogs the clouds rolled in and it started to pour. We took cover in the aquarium under the pier but after 30 minutes we were all ready to move on. With the rain still dropping and our hotel a few blocks away we decided to eat at the tourist trap Bubba Gumps, hoping by the time we were done it would be clear to walk back. 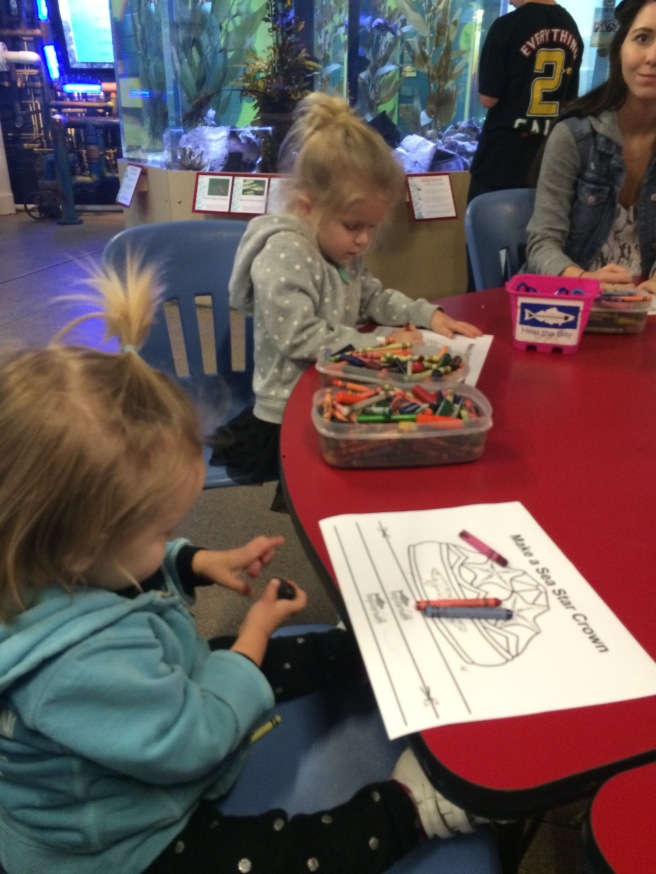 The food wasn’t too bad and the atmosphere was noisy enough to drown out our kids so it worked out well. On our way back to the hotel the rain picked up and we ran the rest of the way arriving completely wet and ready for warm baths.

After a better nights sleep, we headed home after breakfast making it just in time to start the Seahawks game. Kaili has been asking to go back to Santa Monica so I say it was a win of a weekend.