So apparently we aren’t supposed to let our children sleep in cribs their entire life, who made this rule?

I was in no hurry to make this transition, she slept like a champ, hasn’t fallen out and cracked her head open, or let alone successfully made an escape. However Shane has been chomping on the bit to make the change…<—-he will be sorry when she’s bringing boys home, gonna wish she was still in a crib.

I talked to Kaili about her big girl bed for a few weeks before the transition. Sunday morning she watched Shane convert her crib to her new toddler bed and then we all went to Target to get her a night light for her room. The other idea was to make sure that the first night in her bed she was exhausted and that plan was successful. She went right down, a.m.a.z.i.n.g. We were expecting her to hop out of bed and come on out a few times, but nope, she fell fast asleep.

Transition successful? Mostly, she woke up at 5:30 am I heard her hop out of bed and chit chat with herself but she stayed in there quietly and gave me another 20 minutes to stay in bed. She’s used to sleeping in the dark, no nightlight, door closed. I was concerned that she might need some light if she wakes in the night so she can see what she is doing. But I fear that the light in the room gave her the sense that 5:30 was an acceptable time to start the day…it is not.

Night two, again she went down just fine. When I checked on her before turning in I unplugged the nightlight hoping if she woke early she would just go back to sleep. Wrong. This time she woke up earlier and wasn’t going to go back to sleep. So in and out of her room I went until 6 am and then we got up, 3 cups of coffee later I was semi ready for the day.

Since Daylight savings time is coming up I have been keeping her up 10 minutes later each night and the third night she went down 30 minutes later than normal. She had a bit of a hard time going down but once she did I didn’t hear from her until 6:30 am. Making progress people. 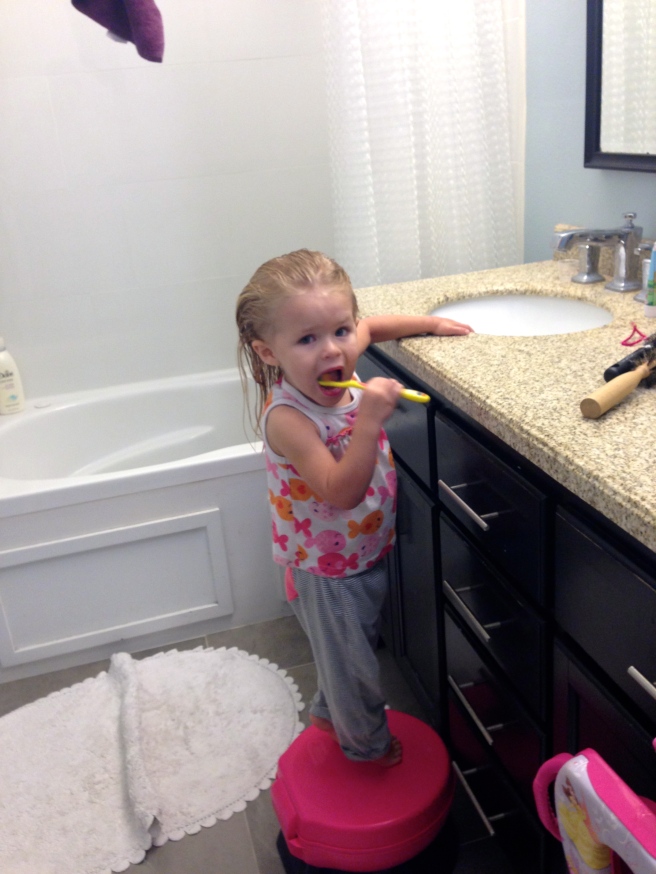 So I must say the transition was smooth and a whole hell of a lot easier than I expected it to be. Phew!

One thought on “Goodbye Crib”