A few weeks ago we were still having amazing weather. It was so nice that we braved the crowds and hit up SeaPort Village…Too many people!  The line for Surf Santa had to have been 2 + hours long. I would need a gang of people who wanted to take turns holding my place in line while we hopped on the carousel and guzzled adult beverages to ever brave that line. 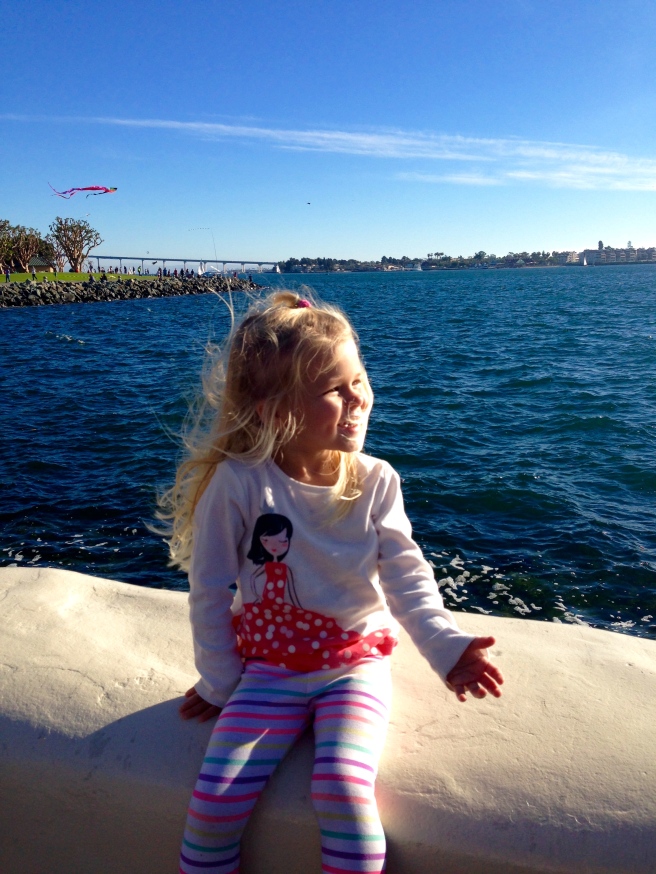 We took the girls to see the mall Santa. Kali was more excited about the candy cane then she was him, and when asked what she wanted for Christmas she replied “one pink present.”

I paid money for this picture …Shane took a better one with his phone so I need you all to see what money can buy. Awkward smiles and  one unimpressed baby.

{I wonder what shade of hair color Santa uses?}

We spent a good amount of time laying on beds. They had legos that kept Kaili busy for about an hour, best nap of my life.

We took the whole clan to La Jolla for our Christmas card shoot. It was messy and the kids were soaked by the end but you’ll be happy with the final outcome. Totally worth 20 minutes of chaos.

Kali went to her little friends birthday Tea Party. This place was a trip and totally divine. The girls were in their princess dresses, drank tea out of china, ate tea sandwiches and petit fours, fanciest party I have ever been to. Kali was in heaven.

Kaili is going to be so pissed King Felix got into her candy. ha ha ha.