This year Kaili had some of her own ideas for what she wanted at her party. Reminding her that Disneyland was her big present, we weren’t going to go overboard on the party. A few of her requests were that there was to be a piñata, preferably Peppa Pig and she wanted butterflies on her cake, she was totally reasonable.

I was able to get all the party shopping done in a day. I made the cupcakes and the birthday cake the night before. Kaili suggested a Peppa Pig birthday and even though she loves that show I wondered if it was a tad too immature for a fifth birthday. Right or wrong I agreed on some Peppa decor and of course the piñata. In the end, it was perfect.

My only concern was this precious face.

So sweet but yet so deceiving. She has become so attached to me that anyone trying to take her or occupy her usually led to a complete meltdown, noodle body and all. It took a village to keep her away from me and we are not above using sugar as an incentive.

I set up a cupcake decorating station which was a hit. I ordered round plastic palettes from Amazon. I bought a bunch of different topping ranging from mini m&m’s to sprinkles. We put the cupcake in the middle of the palette and gave them a cup of frosting and let them have at it. Huge hit. 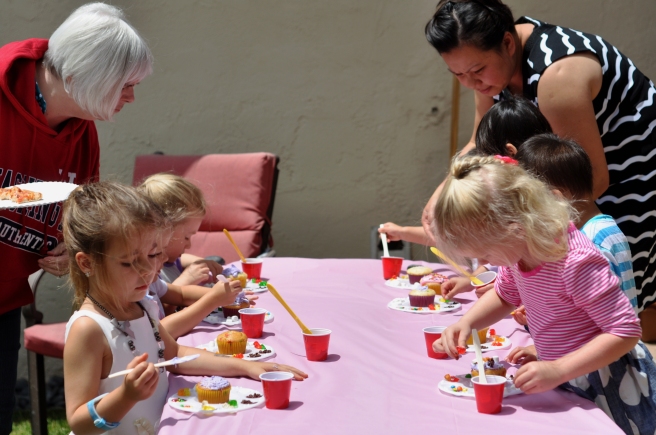 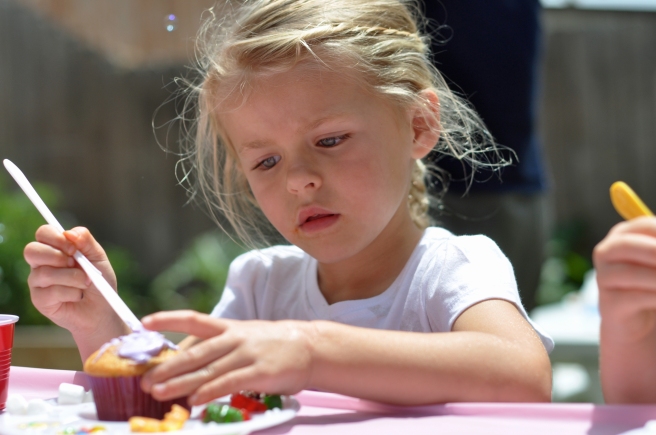 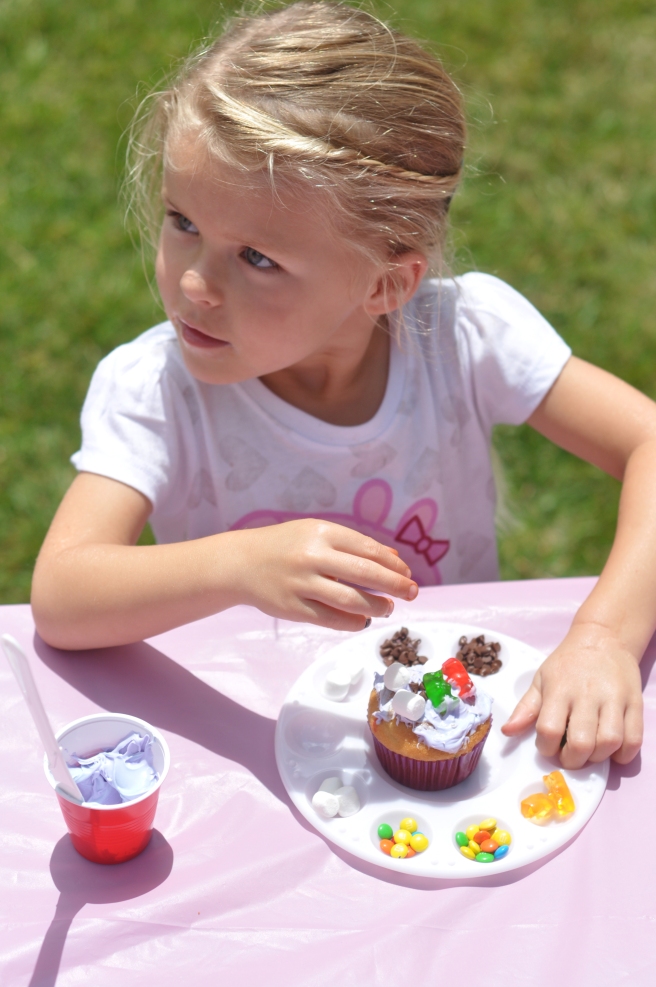 After they devoured the cupcakes or should I say licked off the frosting…we moved on to a few party games and some memorable face painting.

The kids were more than patient waiting for their turns.

The party isn’t complete until someone beats the bacon, or pig or sausage….

was perfect for these little people..

Kaili had her besties with her and that is all she really wanted.

When she blew out the candles I really, really wanted to ask her what she wished for but, I’m sure no matter what it is…

Her dad and I will do all we can to make sure her dreams come true.